This is a mod created to add a light RPG-ish feel to the game. It’s designed to interact with mods that give a similar feel, namely Baubles, Tinker’s Construct and Mariculture, incorporating their extended inventories aswell as its own into one single GUI. This mod adds 4 new slots, for cloak, pauldron, vambraces and a title scroll which displays certain honorary titles above the player’s head.

The API is designed to allow other modders to acces the extended inventory and add their own custom items. This can also be done in a more “hacky” way via IMC messages. Take a good look at the main TravellersGear class to see how it’s done.

This is the Inventory GUI: 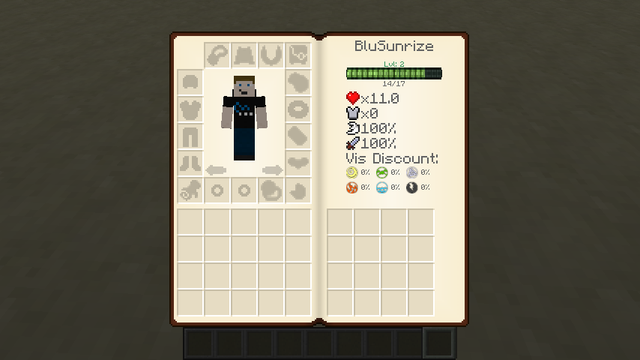 It is opened by either clicking on the little book icon in the top left of your character window in the inventory, or by using the keybinding. The keybinding is Numpad 7 by default (since you’re really supposed to use the button), but can be rebound.
It’s slots change depending on what mods are installed, but at optimum, this is what you’ll see:
Armor, Baubles, Mariculture Jewelry, Tinkers Construct Glove and Knapsack and the Traveller’s Gear items.
The page on the right has a few statistics, health, armor, speed, damage and with Thaumcraft installed, Vis discounts. 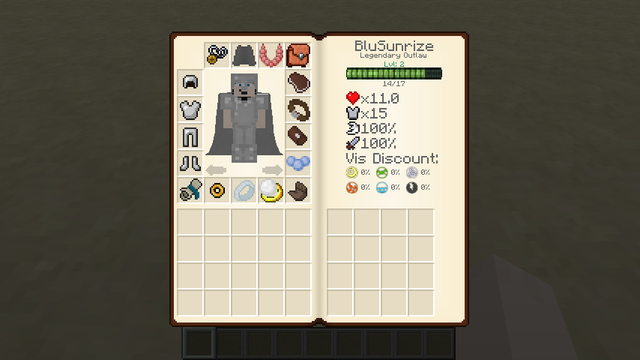 The fully filled inventory looks like this. The Items that should be unfamiliar here should be the cloak (top middle) the pauldrons, (right, second from the top), vambraces (right, fourth from the top) and the title scroll (bottom left).
The items added by this mod have no actual abilities applied to them, but the cloak is colourable like leather armor would be.
The title scroll is an item that, while it can be crafted, is best found in dungeon or stronghold chests. Those found in these chests have a random title added to them, and when worn, will display that title above the players head, just below their name. You can also see your title below your username in the gear inventory. 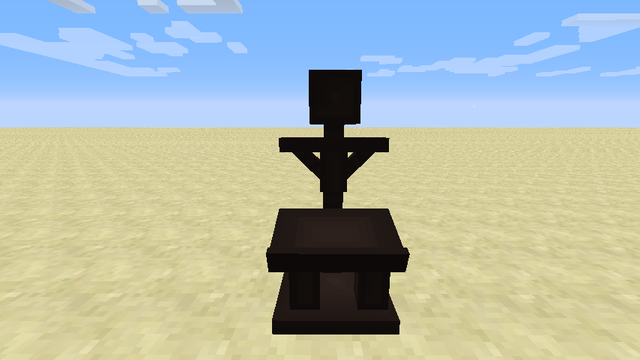 It does what it says, it displays armor.
But not only armor, but almost every item in your gear inventory! 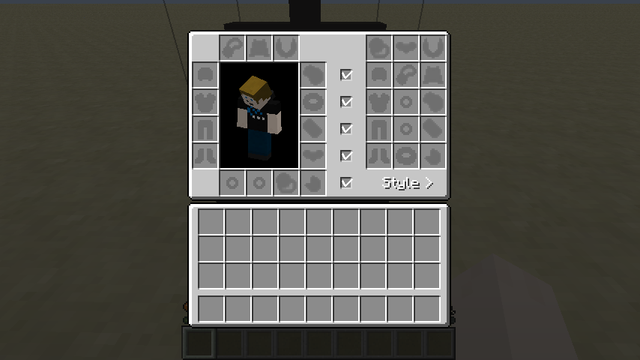 With this interface you can easily switch between your own equipment and that on the stand, simply by shift clicking the items.
The “Style” button allows you to switch between 4 styles: Rendering Baubles, Traveller’s Gear, both, or none at all.
You can also disable helmet, chestplate, leggings, boots and the floorplate seperately. 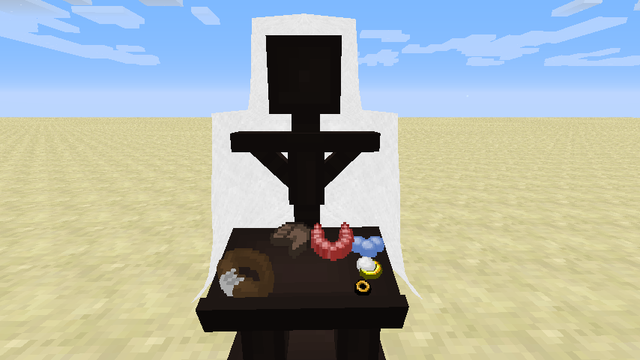 The stand will render deposited Baubles and other gear in the tray, and will size them according to what you have deposited