Tools Done Right is a mod which adds new types of tools into the game, but not like a boring old tools mod like the thousands available everywhere. This mod aims to be much more professional in its manner. The mod adds a new toolset known as End Tools, which have some very special behaviour compared to normal tools.

This mod adds in two new ores, which are used to craft the topaz and ruby tools: 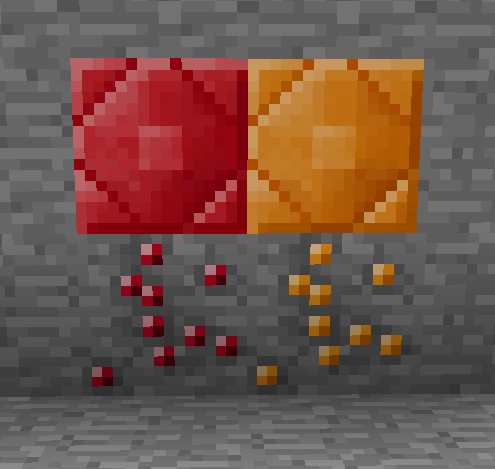 Ruby, on the left, and Topaz, on the right, both spawn uncommonly underground, below level 32. Both of them can also be converted into their respective blocks, shown above them.

Emerald and Ruby tools are exactly the same as Topaz in crafting, but with their respective base materials.