The Reptile mod, which ,of course, adds new mobs

for Minecraft, Reptiles! There Are 4  different mobs, the Giant Turtle, the Komodo Dragon, Crocodile, Lizard, they all have different species, so that means that each has more Kinds.
it is created for Minecraft 1.7.2 compatable with Forge 1.7.2. 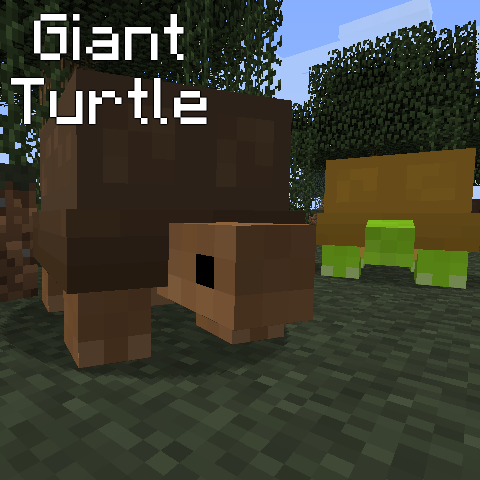 this is the Giant Turtle, it is a passive Mob, walking very slow, and you can tame it with carrots, then you can ride on it, you can also breed turtles by giving them a melon!
it has 12 lifes (6 hearts) and it drops nothing.
it has 3 different species: the galapagos turtle, a green one, and a black/yellow one
it spawns in: Forest, ForestHills, Plains, Beach, Jungle, JungleHills, JungleEdge, BirchForest, BirchForestHills, 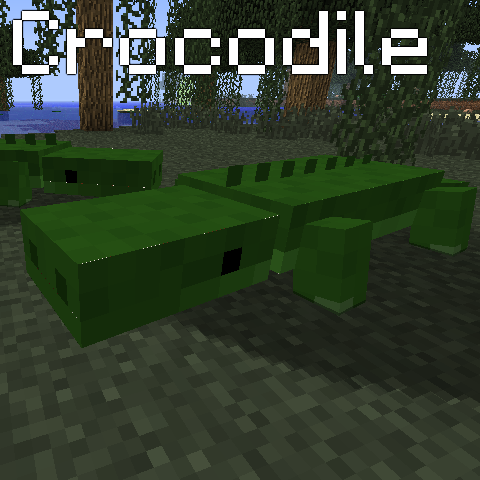 this is the Crocodile, it is a Hostile mob, it kills you all the time.
it has 30 lifes (15 hearts) and it drops leather, it has 3 different species: the normal green Crocodile who attacks you 2,5 hearts, the brown Crocodile it will attack you 2,5 hearts too and the Alligator, he is dark green, and a little bit bigger, it attacks you 4 hearts.
when you right click with a stick, you have a change to be safe, because 1/3 change the crocodile will have a stick in its mouth and wont attack you
it spawns in: Swampland, Jungle, JungleHills, JungleHillsEdge 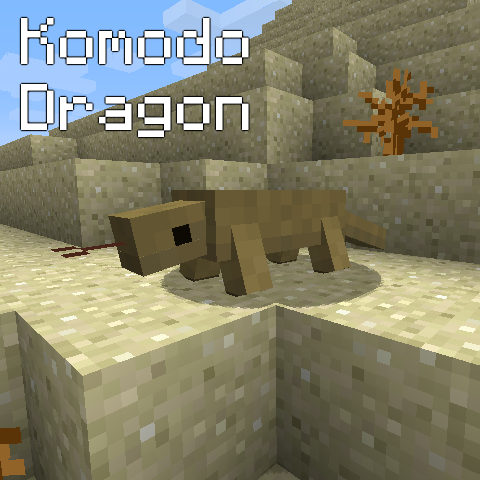 this is the Komodo Dragon, it is a passive mob, but when you attack him, he becomes angry,
and it gives you poison for 20 seconds, it has 20 lifes (10 hearts) and it drops a fermented spider eye because of his poison, there are 2 species: the brown one and the gray one
it spawns in: Desert, DesertHills, Mesa, MesaPlateau, MesaPlateau_F, Savanna, SavannaPlateau 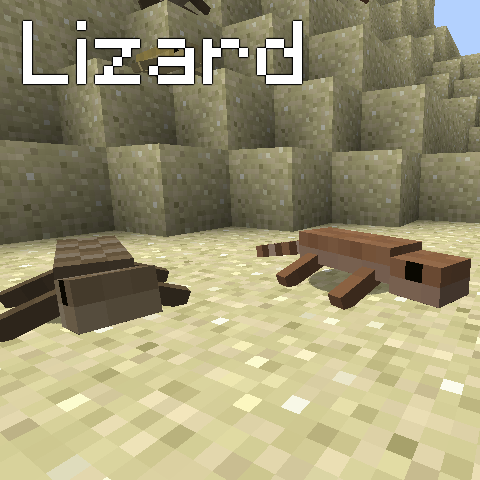 this is the Lizard, it is a passive mob, and it is very quick, so hard to kill
it has 14 lifes (6 hearts) and it drops leather, there are 3 species: the DesertLizard, the brown-ringed-tail one and the dark brown/gray one.
it spawns in: Desert, DesertHills, Mesa, MesaPlateau, MesaPlateau_F, Savanna, SavannaPlateau, Plains.