Hello and welcome to the Lost Features Mod, this mod is adds back features that are have from Minecraft that a removed, unimplemented or unused. This mod brings back the classics of Minecraft that are missing from the current versions of the game. This mod gives people the chance to see the things that used to be in Minecraft and it gives a feel to players of the good old classic days of a Minecraft when ideas were new and Minecraft was fresh as ever.

Features- MobsBeast BoyHe is a mob from Minecraft Indev, he was originally created by dock, but when Dock who was one of Minecrafts past developers left the development team, Beast Boy was removed from Minecraft. Beast Boy has 10 hearts of health and drops gunpowder and have a rare drop of flint and steel.Redstone BugIt was a mob from the Minecraft 2.0 April fools update from 2013, these critters were spawned by using Redstone. In this mod they just spawn randomly in the world due to many reasons such as I would get many complaints about how my mod ruined Redstone builds. The redstone bugs have 8 health and they drop Redstone and have a rare drop of Redstone Blocks.PigmenPigmen were supposed to be villagers in NPC villages, but when 1.9 beta was released the Pigment were just never released just staying nothing but a skin in Minecrafts files. The Pigmen have 20 health and drops cooked pork chops and they have a rare drop of Gold Nuggets.HumansHumans were supposed to be companions in Minecraft, in Minecraft Classic they could be spawned by pressing the G key on the keyboard, this function was removed making these mobs classes as unused but in 1.8 beta the function to even spawn them with mods was removed as their code was scrapped.the human has 20 hearts of health and drops coal.Generic villagerThese villagers were an unused from of villager, which are going to be removed in Minecraft 1.8, they can be found anywhere and they have 20 hearts of health and they drop leather and have a rare chance to drop Emeralds. 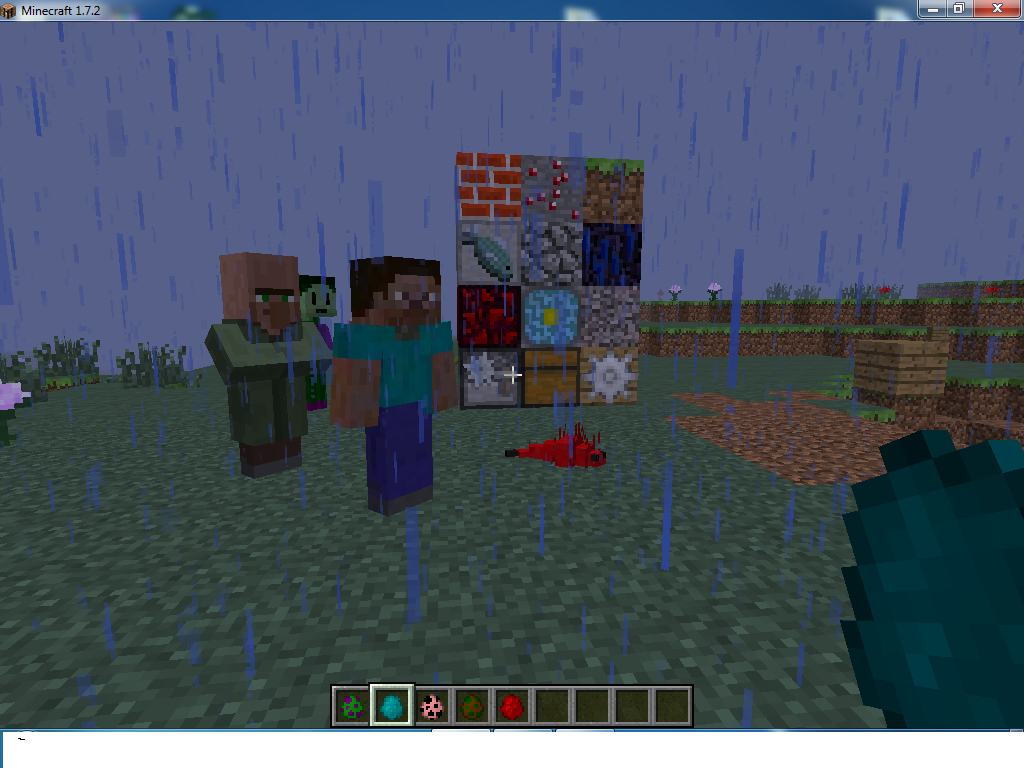