What is this mod about?

The Screenshots Enhanced mod improves the way screenshots work in Minecraft. The mod itself modifies the actual process of taking screenshots and adds a new interface to the game which allows you to quickly access screenshots, either by interacting with the chat or pressing a key on your keyboard. Once in the interface you can scroll through the previews, delete game captures you don’t like and even upload them to Imgur instantly with only one click.

Could you give some more in-depth information?

Of course I can. That’s why I’m here. The mod overwrites the game’s internal keybinding for taking a screenshot and assigns it to itself. Long story short: you will still able to take screenshots with the same key like you’re used to even though the mod influences the way screenshots are taken. First of all, you may or may not encounter lag spikes whenever you take a screenshot in vanilla Minecraft. This mod effectively removes every sign of lag, meaning that the game will still be at a constant framerate even if you’re playing on a high resolution with many, many colors involved. Secondly, look at the following image: 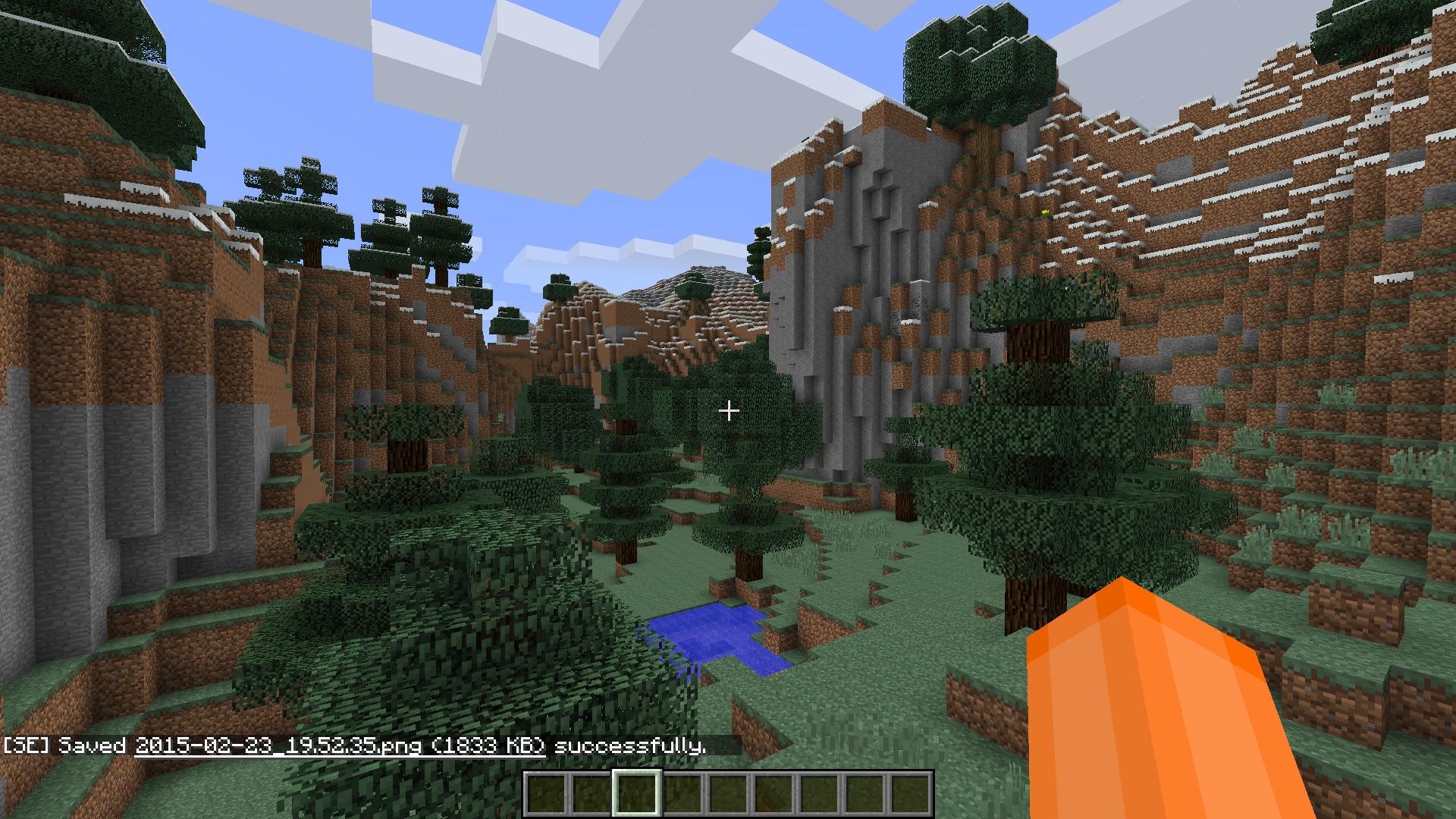 You probably see the little chat output in the bottom left corner. This message indicates that a screenshot has been taken successfully. If you open the chat, you can now click on the underlined part of the message and it’ll open the new interface with the preview of your recently taken screenshot instantaneously. You can also access the interface by pressing “V” ingame. It should look a bit like this: 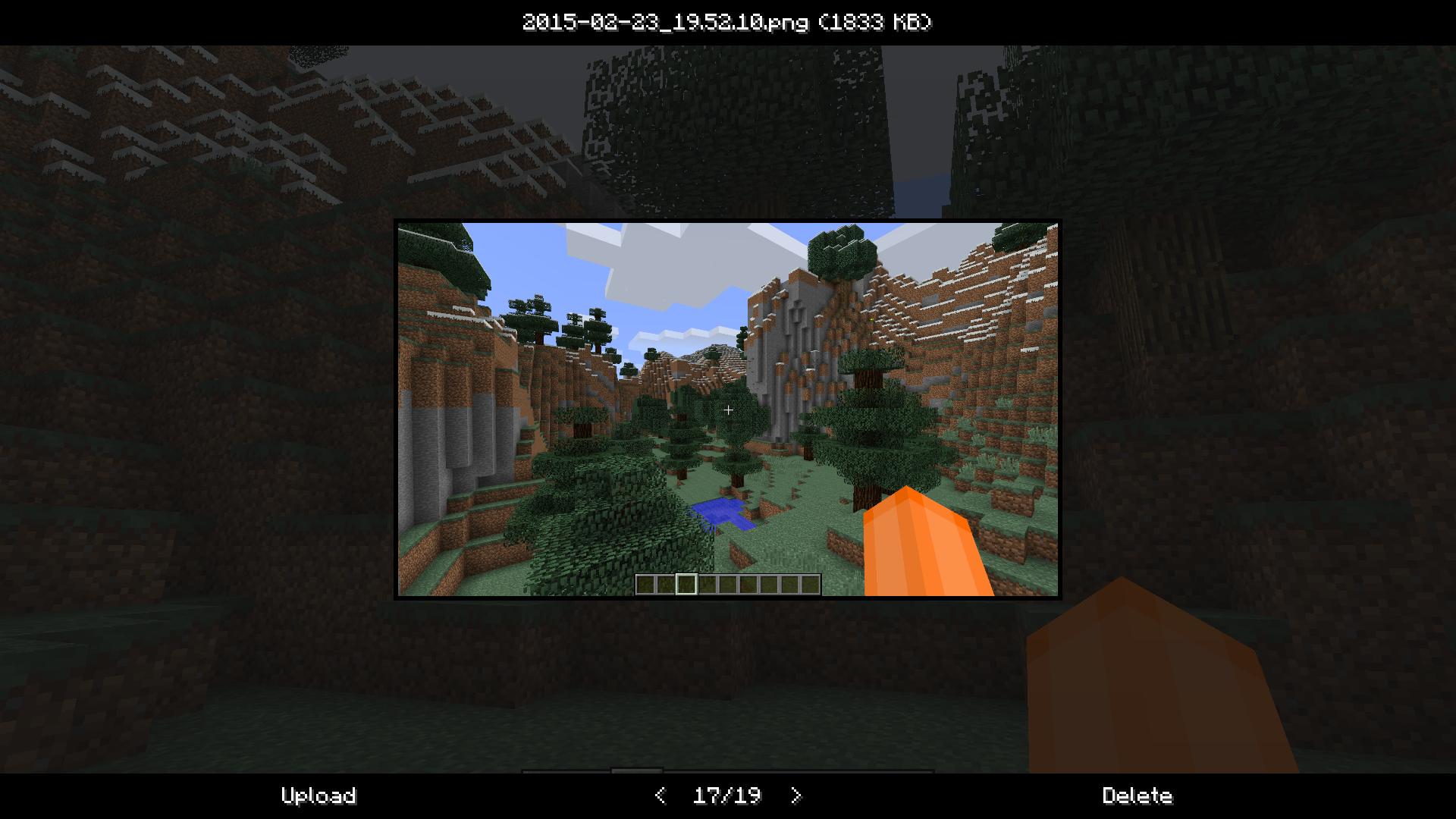 You can switch between the previews by pressing either the buttons to the left and the right of the indicator or you can use your arrow keys on your keyboard. Use the left-key and right-key, the outcome will be the same. Apart from the preview, there are two actions available as of now. On the right, you can delete screenshots you don’t like. To be sure, once you click the “Delete” button you have to confirm your choice. Otherwise the mod won’t delete the selected screenshot. On the left, you can upload your screenshots to Imgur. As soon as the upload is complete, there will be a link shown instead of the upload button. Click it and the link is in your clipboard. Easy, isn’t it?

Important! Thanks to the swell guys over at Imgur this mod has been whitelisted. What does it mean? Basically, you can run riot on uploading screenshots. However, they still have the ability to block your IP if you’re spamming their services with screenshots.

What will be added in the future?

I’m always improving the mod itself. If you run into some kind of bug or feel like there’s a feature which needs to be added, feel free to leave your suggestions in the comments. As of now, the next update will have the following features:

[✔] Feature completed
[✘] Feature yet to be added