The Mythical Realm Mod is a brand new mod that features a new dimension. It contains a candyland, a death yard and massive glaciers made of ice. Overall, it suits the theme of vanilla while still being completely unique.

As of yet, the mod is in a very early stage! This means that there will be bugs and that there is a lot more features to come. I think the mod is finally at a stage where it is ready to be released. 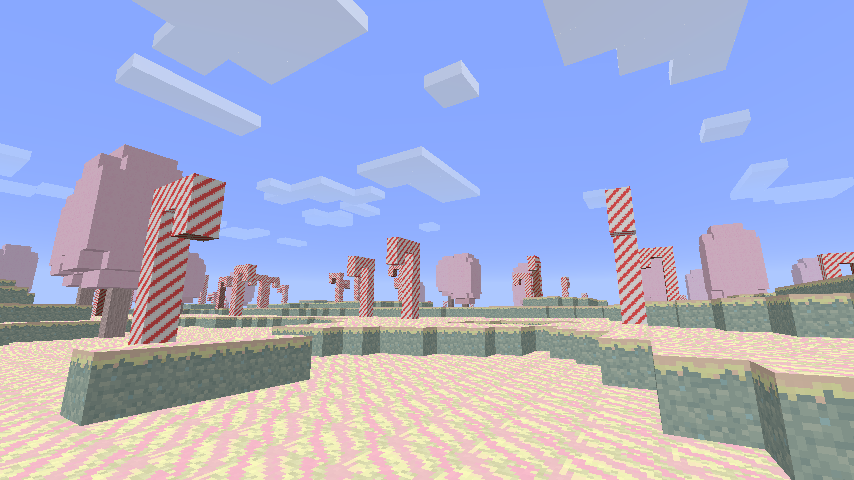 The dimension itself is very different from the overworld. It consists of 3 biomes – a candyland, a death yard and a blue glacier biome. All of which have their own unique role to play in the mod and will continue to expand in the future. The actual mod is more than just a dimension, however. It brings a whole new style to minecraft, building and surviving.

To get started on the mod, you will need to construct a portal made of pure sugar blocks and light the portal with the sugar staff. This will change in future, it’s just a substitute for now. Recipes are in the recipe section. 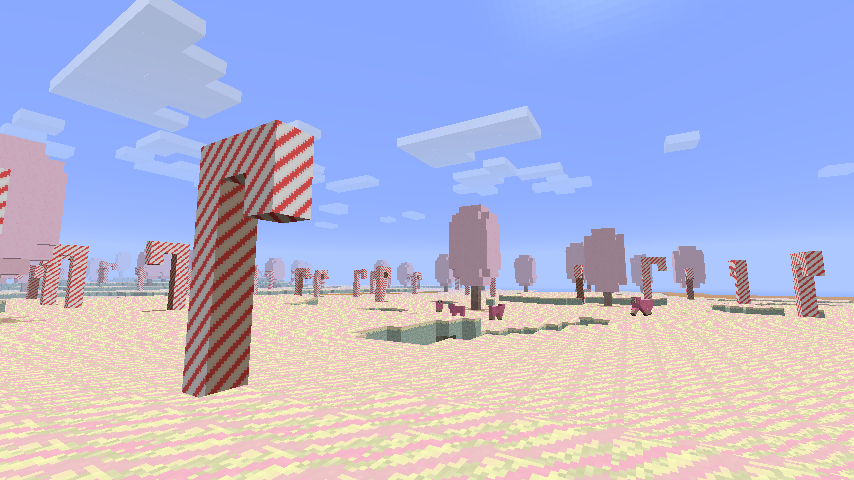 The Candyland is a very peaceful place where lots of candy canes and candy floss trees cover the land. The land is very flat and has the occasional golden lake. Survival is very easy here. 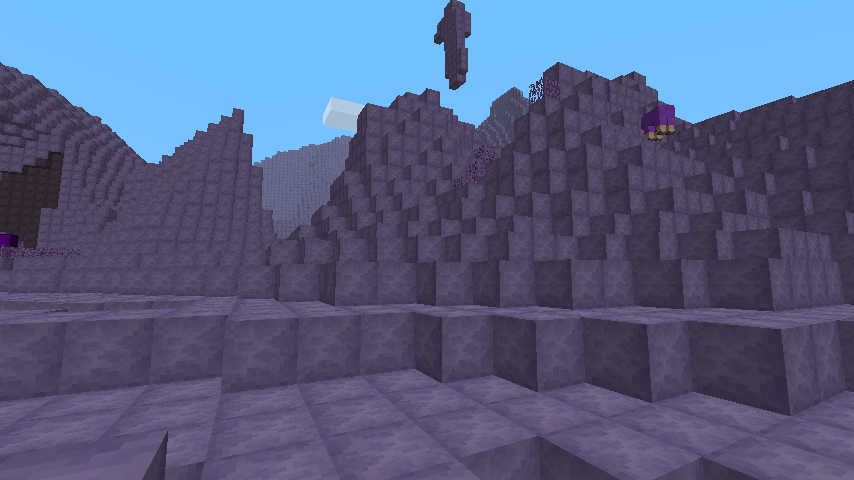 The Death Yard consists of vast, dark mountains, with only a few dead trees here and there. The Death Yard is a great place for building as it contains lots of great materials to build with. As of yet, there are no biome specific mobs that spawn in here. This will definitely change in the future. 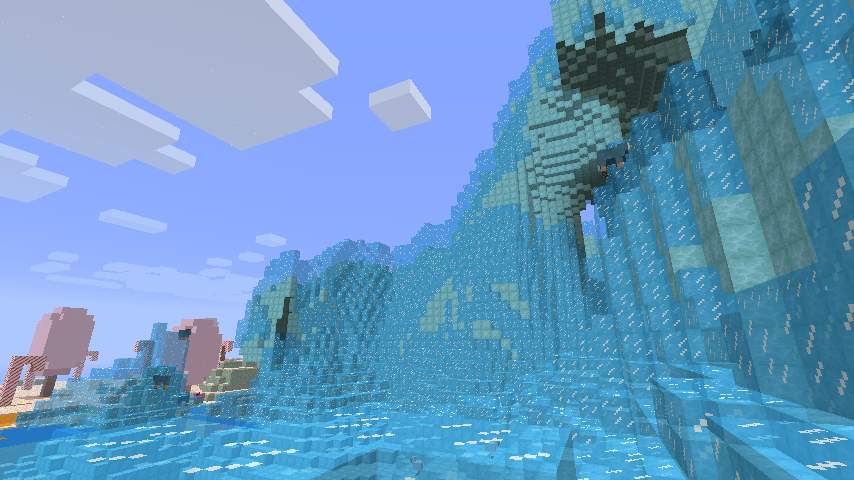 The Icelands feature great mountains of icestone and blue ice, as well as crystal clear oceans that go far and wide. Still very much a work in progress, so much more will be added to this biome in the future.

Candy Canes:
Candy canes are really useful for building material as they are cheap and easy to get. Unlike most things farmed in minecraft, however, candy canes are farmed from soil.

Under each candy cane lies soil with candy soil. When the soil is ready and there is space above it, it will sprout a candy cane stem which can then grow into a candy cane. 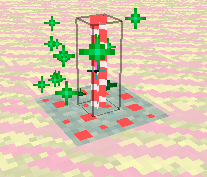 Candy seeds can be used to plant candy soil anywhere on the ground. When a stem sprouts, they can also be used to grow the candy cane. Candy cane seeds are easily crafted and can also be dropped from candy cane stems.
Note: It also seems as if chickens really like candy seeds!

Candy Floss Trees:
Candy floss trees are common thing to find in the candy biome. Their trunks are made from candy wood, which is a key source of crafting, and their leaves are made of candy floss. When the are broken or when they decay, they will drop lots of candy floss chunks and occasionally a candy tree sapling. The sapling can be placed like normal and can also be grown with candy floss chunks.
Note: Turns out these trees are extremely flammable!

Corrupt Trees:
Corrupt trees are the dead trees found in the death yard. The corrupt log can be used as wood while the leaves can be used to obtain corrupt saplings. Corrupt saplings can be placed on darkstone to regrow the tree.

Furnaces:
There are three new types of furnaces in this mod. Purestone, darkstone and icestone. All of them representing the biomes from this mod. 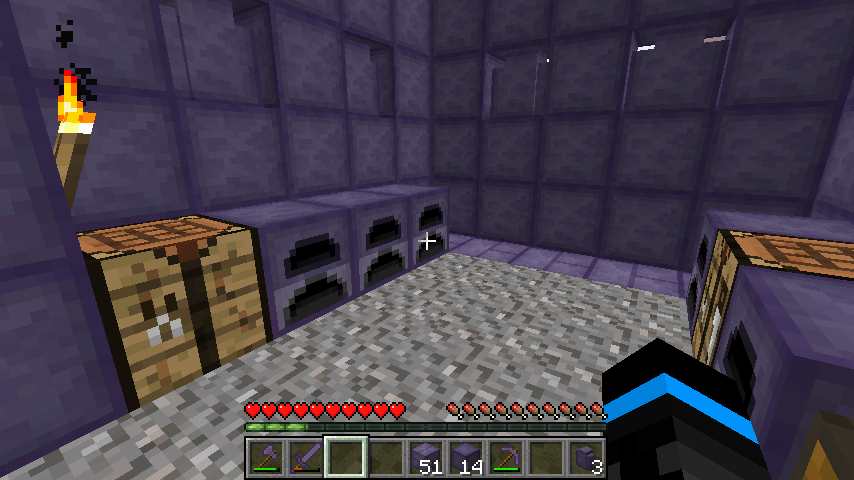 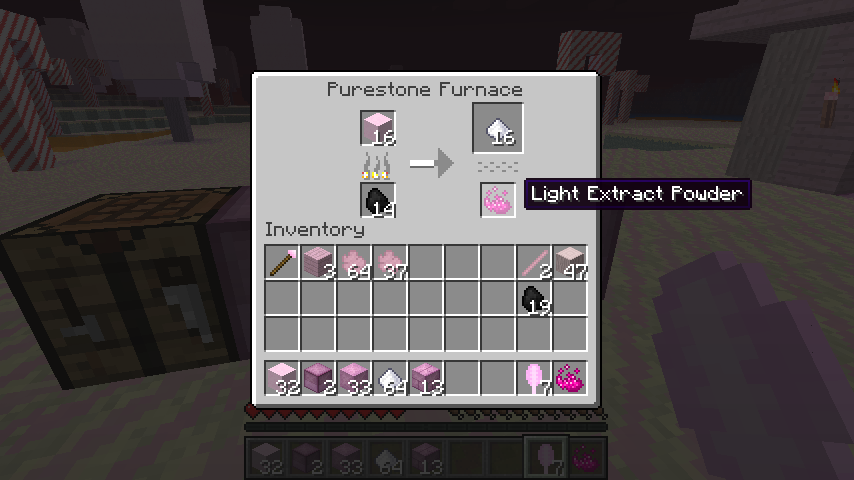 Pigmen
Wolves may be good companions, but we all know they are useless when you tell them what to do (well, they can sit…). Pigmen are the next best thing! 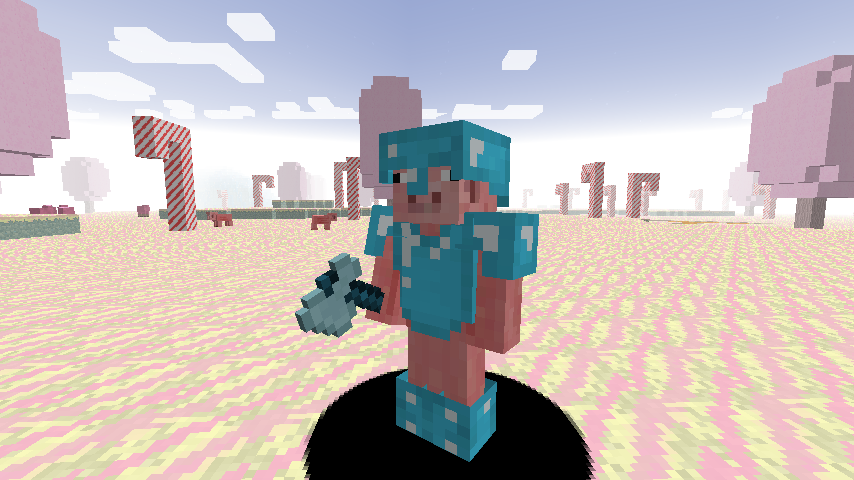 Tamed pigmen will do everything a wolf would do… plus more. They can gear up with armor and weapons, will seek out hostile mobs, and will protect you at all costs. Your pigmen are very loyal, they will do as you say.

When your pigmen die, they will let out a high scretch to let you know that they failed. This will damage your ears ever so slightly. You will also get a message in chat letting you know how your pigmen died.

Note: Pigmen are getting a massive upgrade in the next update! So stay tuned!

Ores
Currently, there is only 1 new type of ore in the mod. This ore is crystal, and has completely different variations for each biome; light crystal, dark crystal, and crystal ice. All of these are commonly found, especially around bedrock. However the ores can still be found on the surface.

There is also a coal and iron ore variants for the death yard and just a coal variant for icelands. They are exactly like the normal ores, iron ore drops iron ore (and can be smelted into iron ingots) and coal ore drops coal.

The skeleton king also has another arrow attack. Every so often, it will rapid fire deadly arrows towards you! Plus as its health goes down, it will start using this attack more and more often!

So what do you get from the skeleton king? When it dies, it drops a skeleton head and lot of xp! Plus if your lucky, it will drop part of its armor and maybe its bow. Definitely worth the work to get armor so “OP”.

Zombie Knight
The zombie knight it the other mini boss in this mod. Like the skeleton king, you use dark extract powder on a zombie to summon it.

The zombie knight also has another attack. When its health gets low enough, it will unleash lots of little zombie minions! These minions will rain from the sky and unleash death everywhere!

Like when the zombie knight dies, he will drop a zombie head and a lot of xp. He might also drop some armor or his sword.

Candy Dungeons
Candy Dungeons are the candyland equivalent of a dungeon. On the surface, there will be candy brick in a weird shape telling you a dungeon is buried beneath it. In the dungeon lie lots of land mines and some “candy loot” in some loot chests. 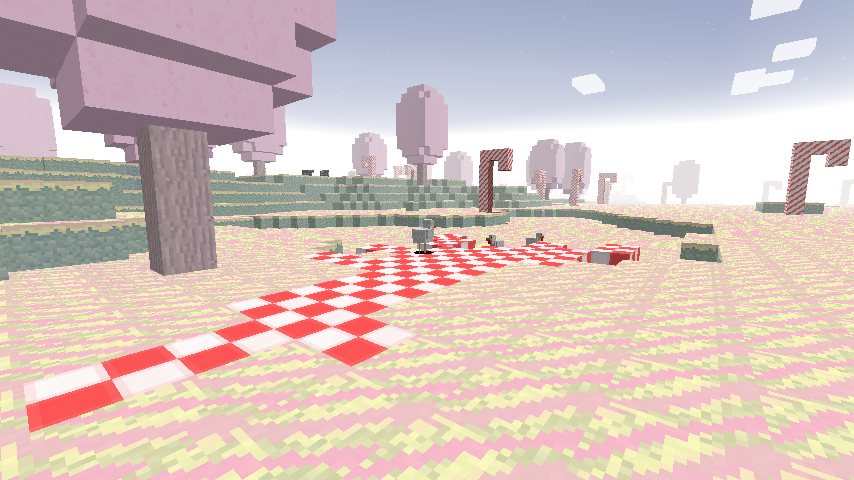