Minas Tirith – A lord of the rings build map

This project has taken nearly a year to fully finish, and was made by only two people.

This build is made out of seven different layers, the top layer containing the White Tree of Gondor and the Citadel of Minas Tirith, the second, third, fourth and fifth layer have a gate, gates get smaller the higher the level gets (just like the level itself).
The city only has one main gate, the Great Gate of Minas Tirith, being the largest gate of all Middle-Earth.
There are also around ten catapults on towers in the map, providing more defense for the city.
The back of Minas Tirith rests on the Ered Luin (White Mountains)

Hundreds of unique buildings with interior including: 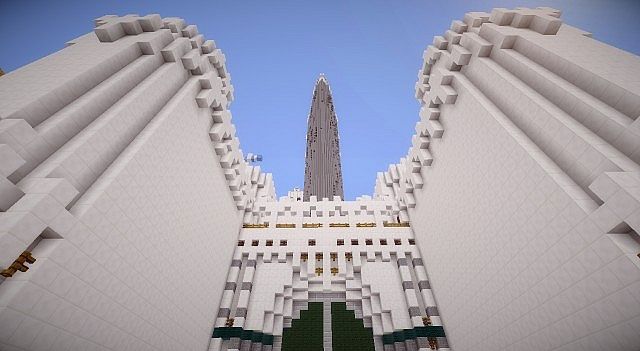 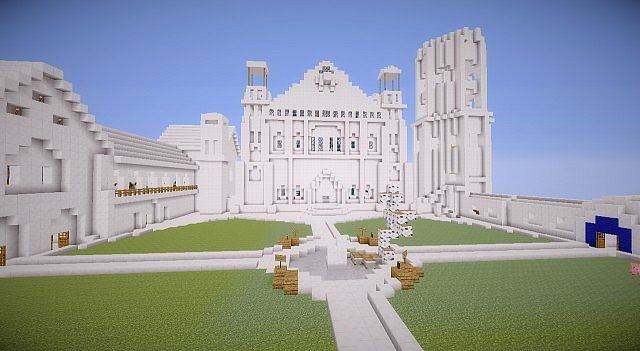