This is a mod that adds liquid XP, and related machines. You will need a mod capable of transporting liquids, such as Buildcraft, Thermal Expansion or RedPower 2.
One bucket of Liquid XP is worth 10 experience points. For comparison, each level is 17 experience points until you reach level 15.
The first block you need is an LXP Absorber, crafted like this:

When this block is placed in the world, standing on top of it will cause your XP to be converted to a liquid, stored in its internal buffer, and then emitted to any nearby blocks that can accept it (such as pipes, liquiducts and Buildcraft tanks) automatically – you do not need a wooden pipe or redstone-powered liquiduct.

You may notice that you have a small amount of XP left which the Absorber is unable to absorb – this is because you have slightly less than one point of XP left due to rounding errors, as Minecraft keeps track of your XP in an over-complicated way.

Use any bucket-filling method (right click on a BC tank with a bucket, or use a TE liquid transposer) to get LXP buckets for crafting the rest of the machines.

This is an LXP Collector. It works like the Absorber, but instead of taking XP from players it collects XP orbs in a 13x13x13 area centred on itself (6 blocks in each direction).

This isn’t enough to make an automatic XP farm yet, though. As you may be aware, mobs will only drop XP (and rare drops and blaze rods) if they’re killed by a player. More accurately, if they die within 3 seconds of being damaged by a player.
Well, LXP Corp’s got that covered too.

This is the LXP Catalyzer. For a relatively small cost of Liquid XP, which can be pumped in any side, it will make nearby mob deaths count as player kills. The cost is one XP point per mob catalyzed. The range is the same as the Collector, and any mob killed within this range will drop XP. If a mob leaves the area it will only drop XP if it dies within the next three seconds.

So now that your mob farm produces Liquid XP, what are you going to do with it?
Unfortunately for you, we have not discovered a way to turn Liquid XP back into regular XP, however we were able to duplicate some of the functions of regular XP.

Update: You can use a Liquid Transposer/other bucket filler to fill glass bottles with Liquid XP, to create Bottles O’ Enchanting.

This is a blank medallion. It’s used as a raw medium for the Imprinter to store levels. They stack to 4 and are reusable.

This is the LXP Imprinter.
It requires blank medallions as input, and charges them with LXP to a certain level, which can be set in the GUI. 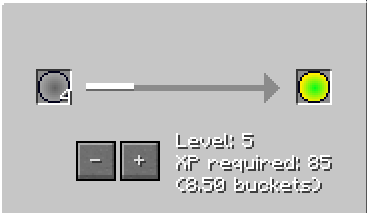 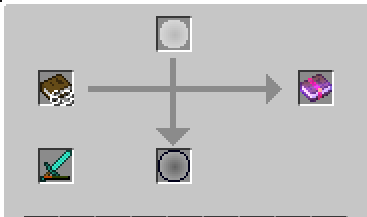 This is the LXP Enchanter.
It requires charged medallions (top) and books (left). It does not require LXP.
When a charged medallion and a book are both present, it will enchant the book using the levels stored on the medallion, returning an enchanted book (right) and a blank medallion (bottom).
There is a config option to allow the Enchanter to enchant things other than books – by default, it cannot.
Unlike the vanilla enchantment table, this is capable of storing multiple enchantments in a book.

The lower-left slot in the GUI is the “template slot.”
If this is empty, any enchantments can be stored in the book, as with normal enchanting. Otherwise, you can place any enchantable item here and it will be used to determine the enchantments. For example, if a golden sword is used as a template with level 30 medallions, then the Enchanter will create enchantments as if you are enchanting a gold sword at level 30, but will place the enchantments on the book instead of the sword.

The template item takes 4 “uses” of damage for every level used in the enchanting process. In the example above, the gold sword will receive 120 damage points and be consumed with every enchantment, as it only lasts for 33 uses. A diamond sword would also receive 120 damage points, but would last for 13 enchanting operations, and would produce less valuable enchantments due to its lower enchantability (as in vanilla).

You can insert new template items from the back of the block.
If a non-enchantable item is used as a template, the Enchanter will not function. 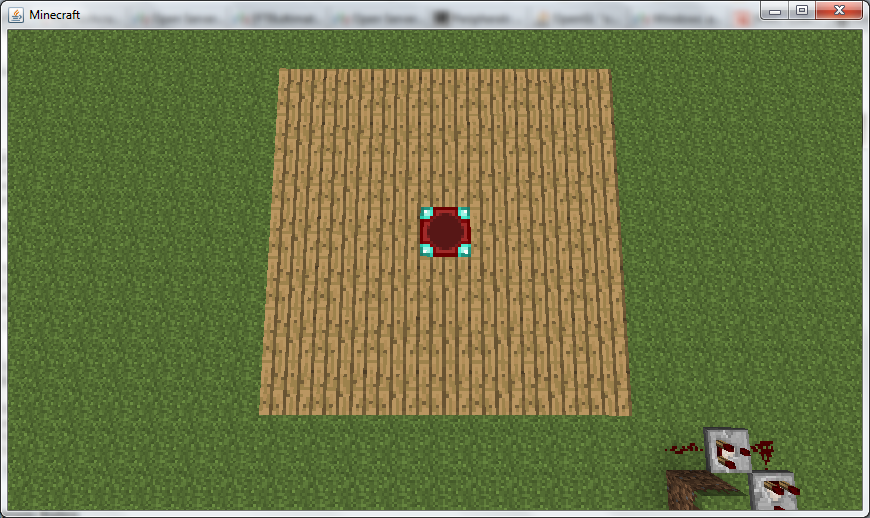 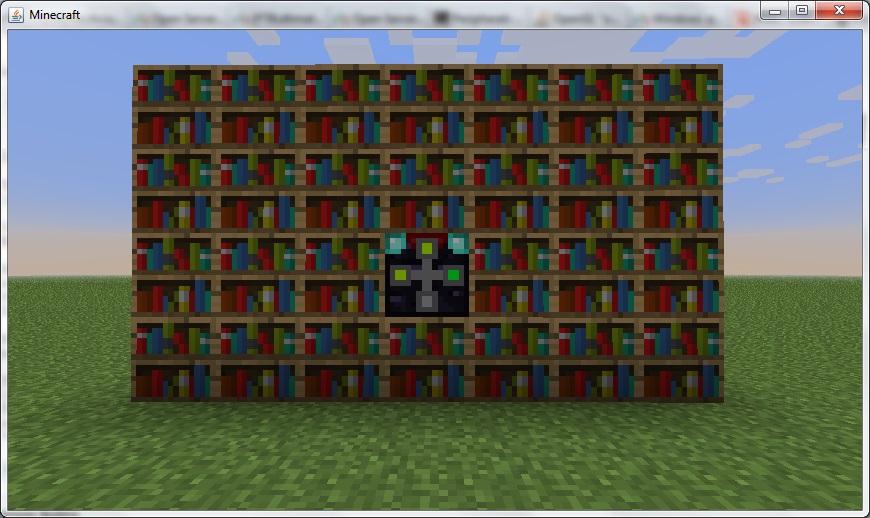