Ever found Vanilla Minecraft’s caves unfathomably boring? Ever wished there were more rewards for exploration in the game? Do you, on a nightly basis, sit in your bed and softly pray that one day people will stop starting overviews with a series of questions that you have no way of responding to, as you shed a single tear for the deplorable soup of un-creativity that internet literature has fallen into? Well, if you answered yes to those first two questions and tl;dr’d the third one, this is quite possibly the mod for you!

Elemental Caves adds a series of “underground biomes” to the game; caves made of different stone types, containing various new blocks, items, and resources. Each cave is themed around a certain “element” — the current three being Forest, Ice, and Fire — and generates in biomes with corresponding climates. In addition to making exploration more interesting, the caves also feature a variety of useful resources, such as powerful new tools and armor, as well as transformative Crystals, which can be used to terraform the very earth around them.

Due to some of the caves being more difficult to traverse than others, it may be difficult to explore certain types of caves early-game. If you are playing survival, it is HIGHLY recommended that you visit at least one normal cave before visiting any of the elemental ones, and then progress from there to the Forest cave, then to the Ice caves, and finally to the Fire caves. However, if you think you’re pro enough to brave the dangers of the Fire caves before harnessing the freezing powers of the Ice caves, power to you. (You’re probably going to die ). Elemental Caves was originally created for the 96 hour mod making competiton, modjam.

These are the caves in order of progression (Which ones you should visit first to last). 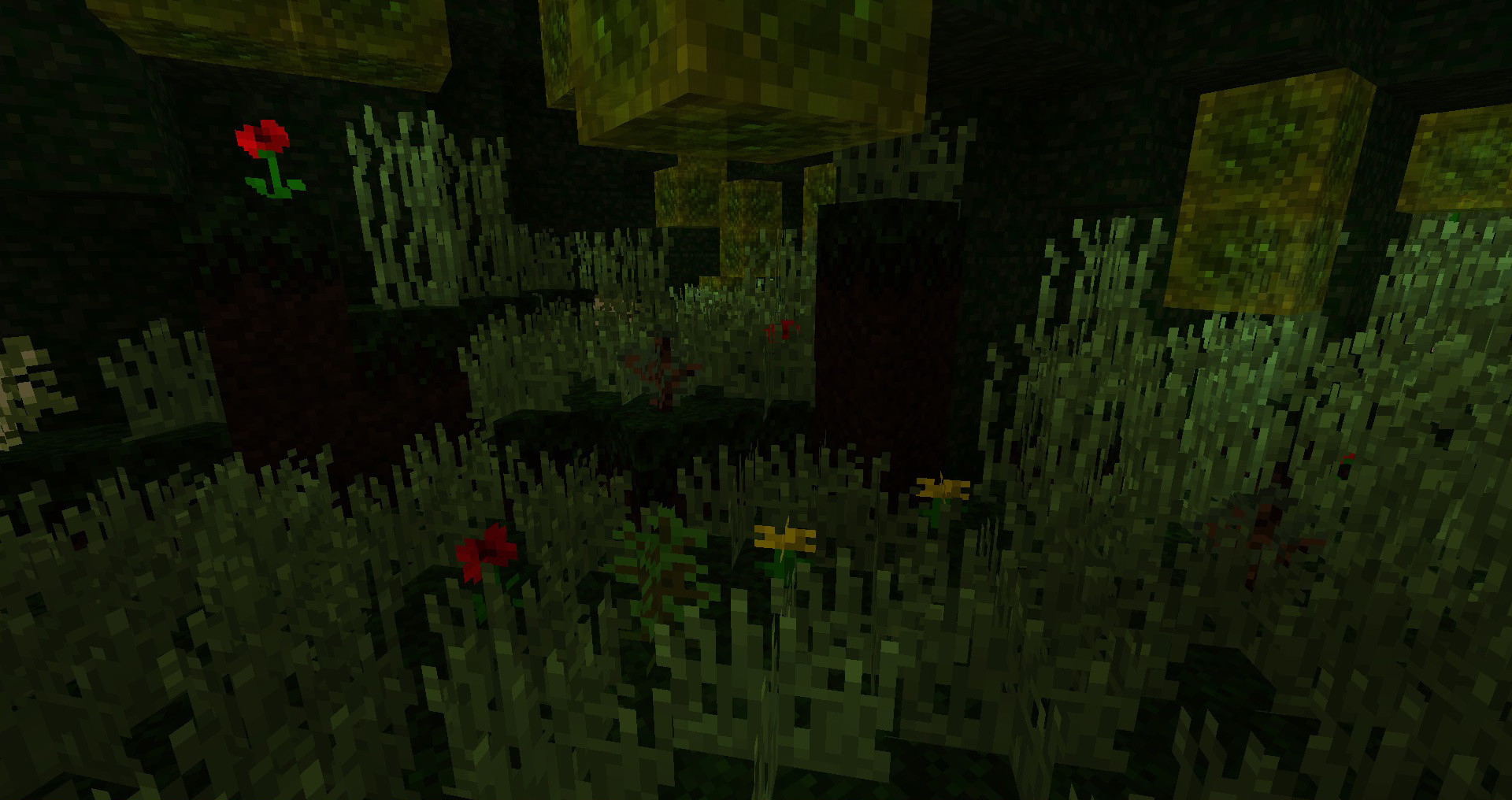 Forest Caves generate in Forest and Jungle biomes. Floored with Rich Grass and Soil, Forest Caves are incredibly useful when found early-game. The green Earth Crystals on the ceiling fertilize all nearby blocks. This property can be especially useful for setting up fast-growing farms in the caves, but the constant re-growth of Tall Grass and Flowers makes Forest Caves especially difficult to navigate. 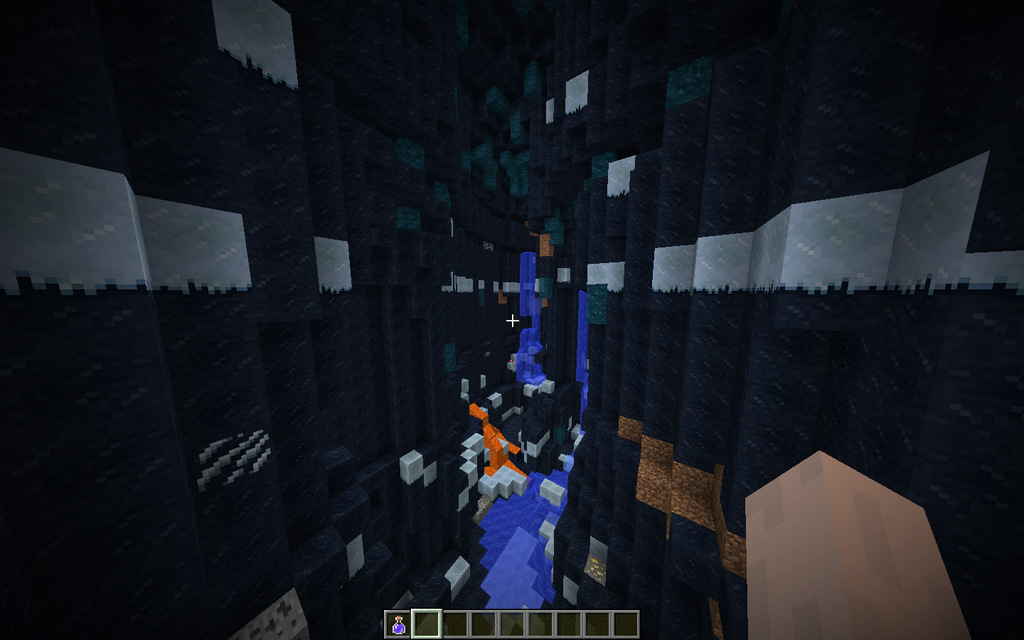 Ice Caves generate in snowy biomes, such as Snow Plains or Ice Spikes. While being much more easily navigable than the cluttered jungle of Forest Caves, moving through Ice Caves can be difficult, as the ground it composed entirely of the very slippery Ancient Ice that has formed in them over the years. The temperatures of the Ice Caves are also very low, causing the player to move much more slowly than normal. The blue Ice Crystals found here can be used to freeze blocks, and are especially useful for traversing through hot areas, if the player can obtain them. 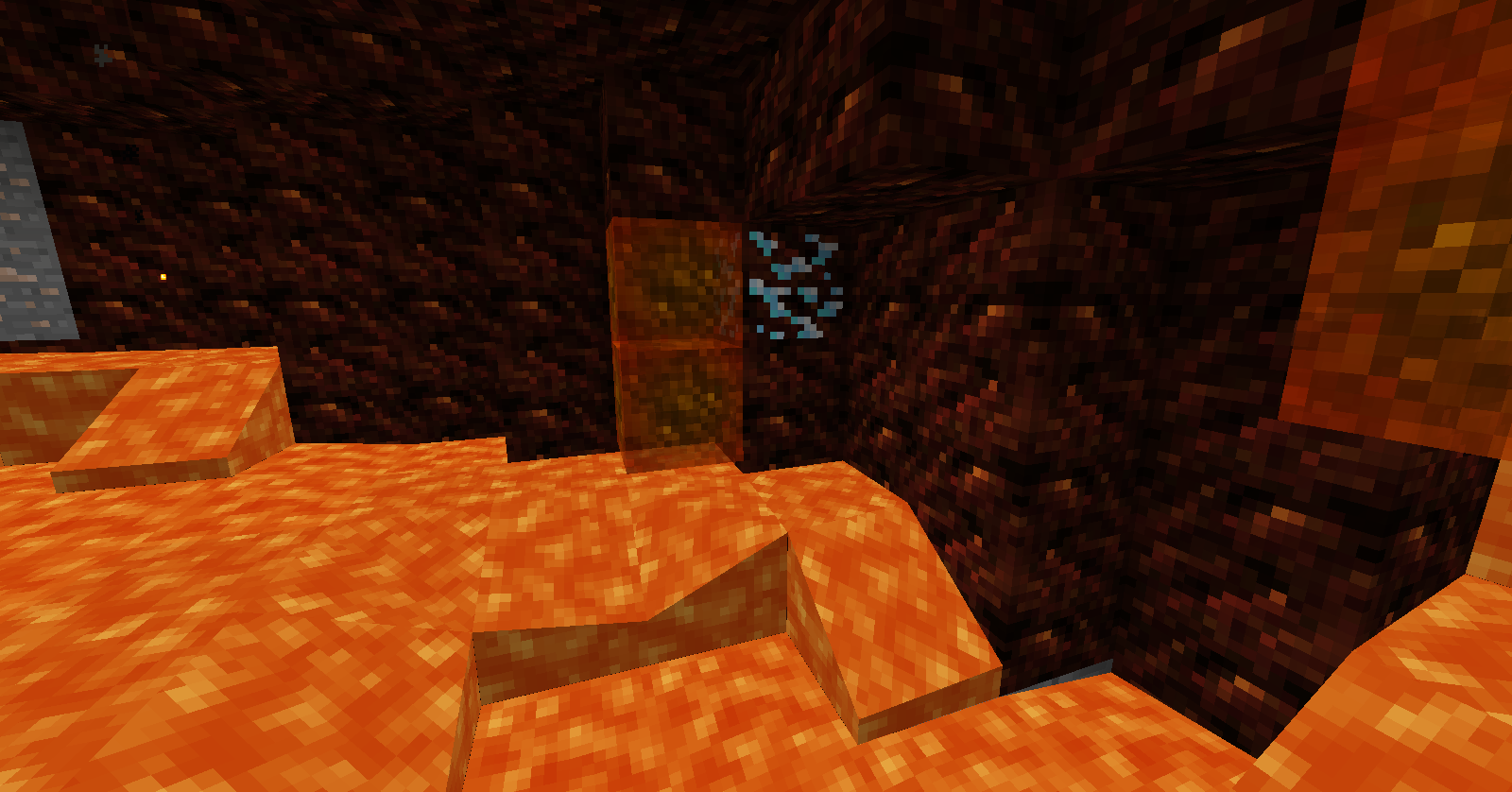 Fire caves generate in hot biomes, such as Deserts or Savannas. Due to the extreme underground heat caused in these biomes, most of their floor has melted into Lava, making them extremely dangerous, if not impossible to traverse without proper gear. However, the risk of these caves, in many cases, is well worth the reward, as the Diamond Ore that generates in them gives double drops, even without a Fortune-enchanted Pickaxe. The red Fire Crystals that spawn here are extremely volatile, and can melt or set fire to nearly anything within their area of effect.