The Better Dungeons Mod by Chocolatin is a really expansive Minecraft mods that add new mobs and expansive dungeons to the regular Minecraft biomes. These dungeons range from Pirate ships to volcanoes and really add a sense of depth and adventure if you’re feeling tired of vanilla Minecraft.

Volcanoes, stay away from the core, or not… 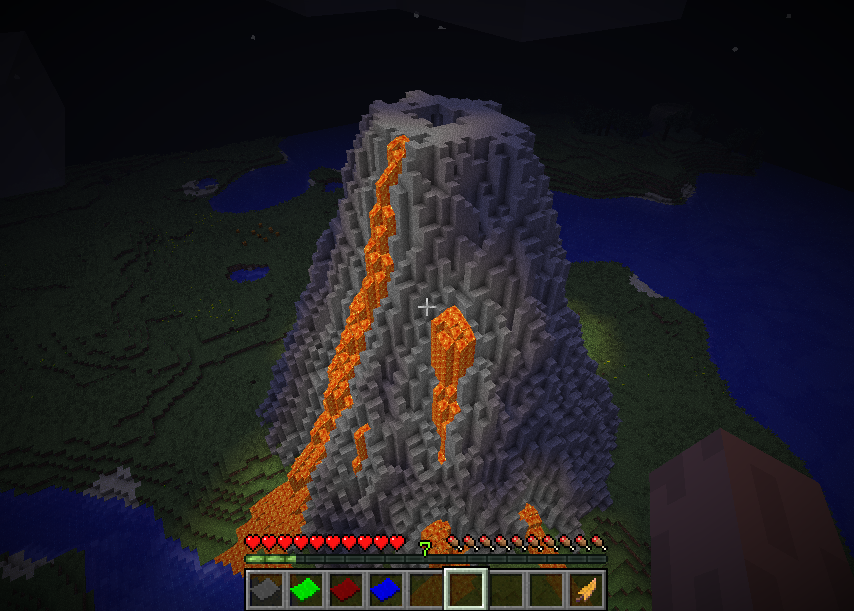 Siege castles to get settlements for your travels! Look for them in plains. 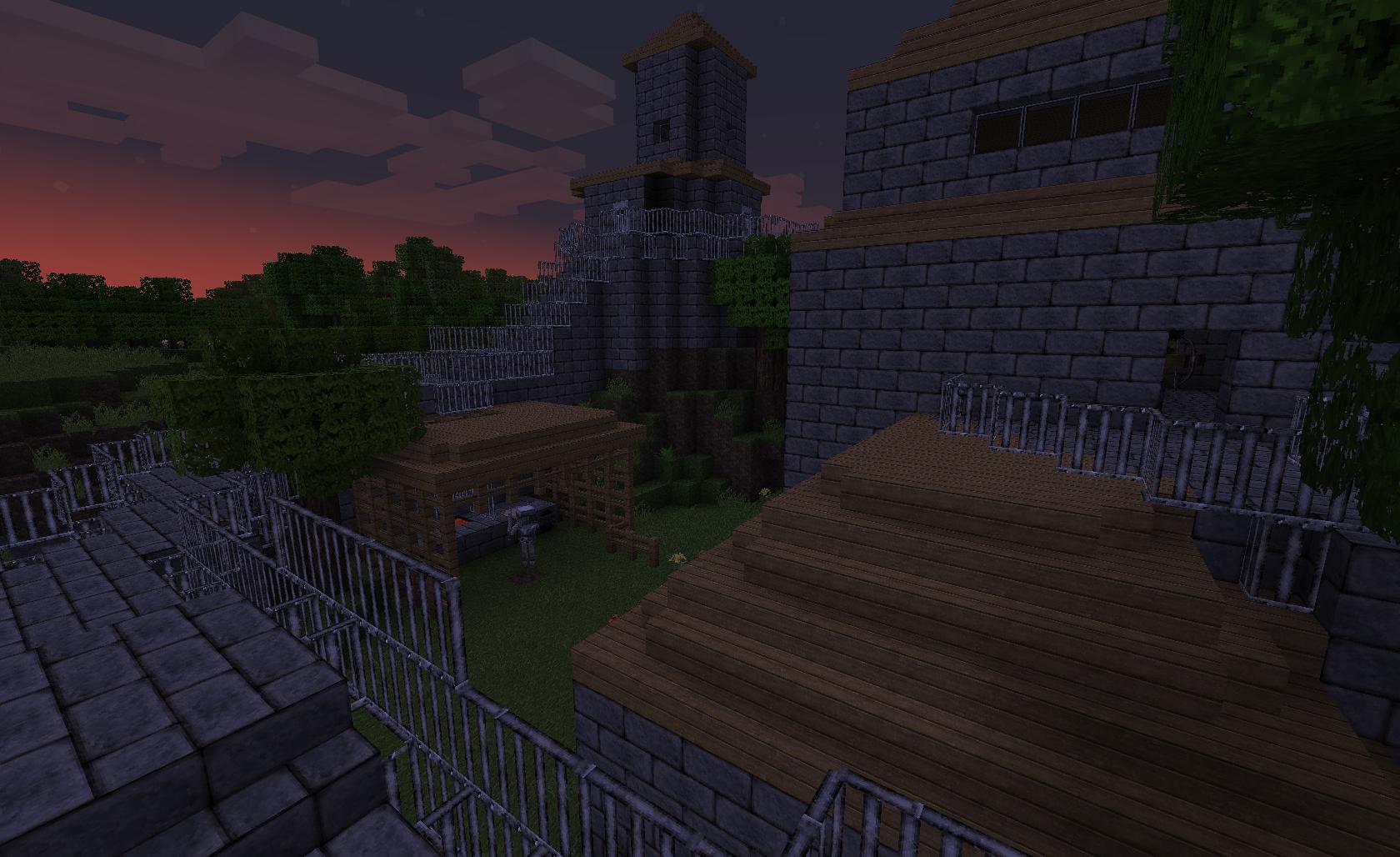 The mod comes with little ships templates, a big galeon and a treasure island. 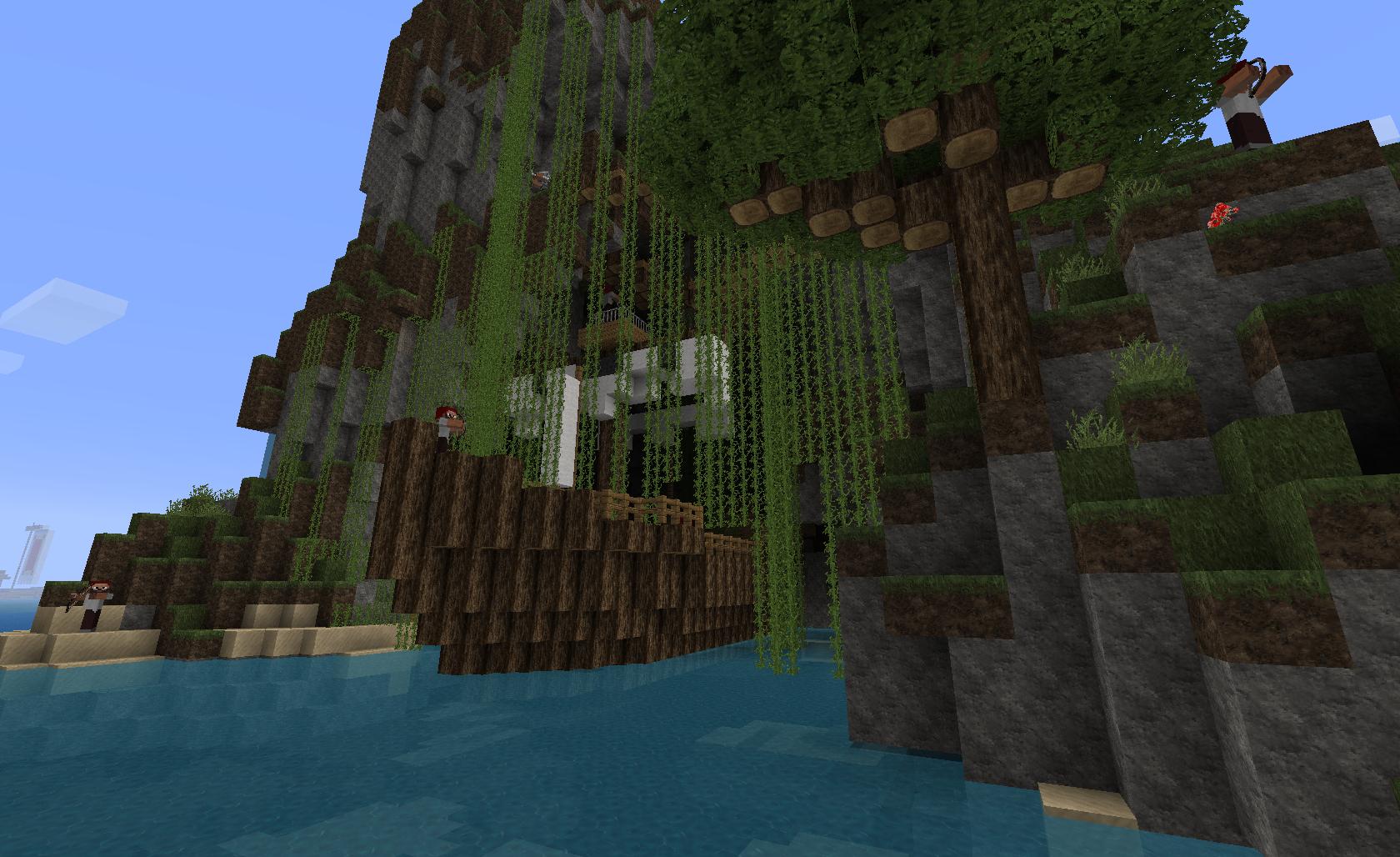 Strongholds, try to find the entrances at taiga biomes.

And thats supposed to be under the towers: 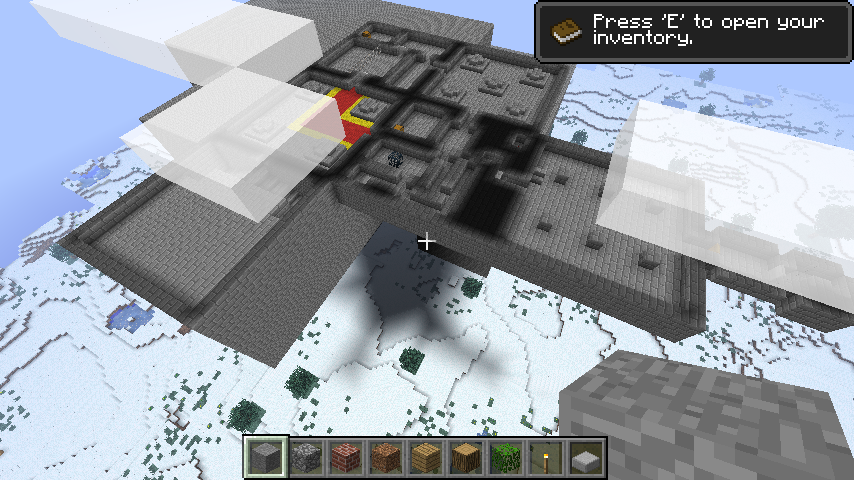 Swamp caves are very big, and with some flowers!! 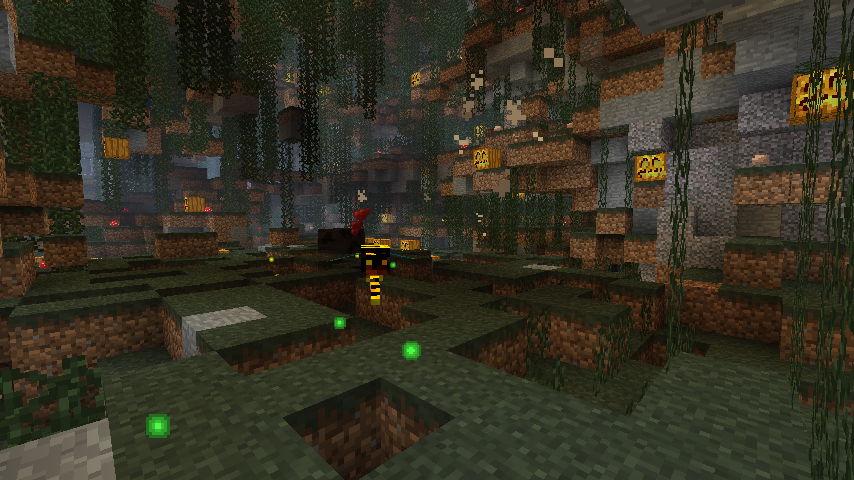 If you see a pyramid(or something suspicious in deserts), go in, look for the trapdoor in the maze and jump in to fight the boss: 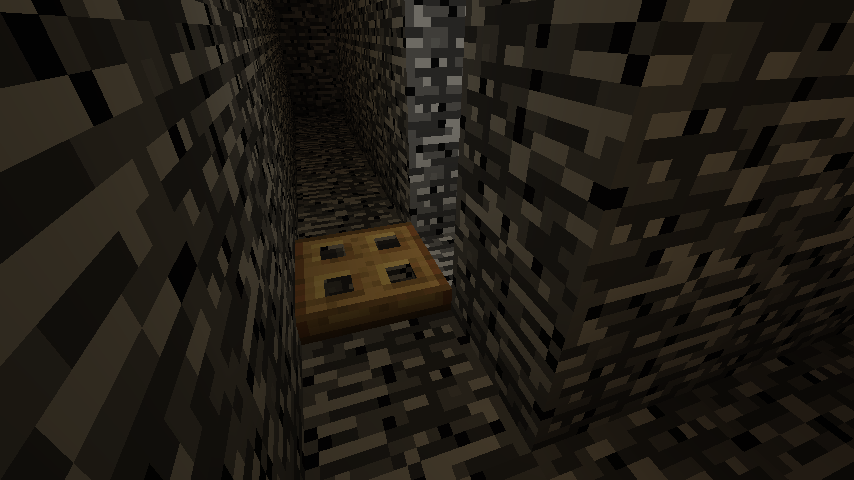 Look for this caves in wet biomes to find the slime boss: 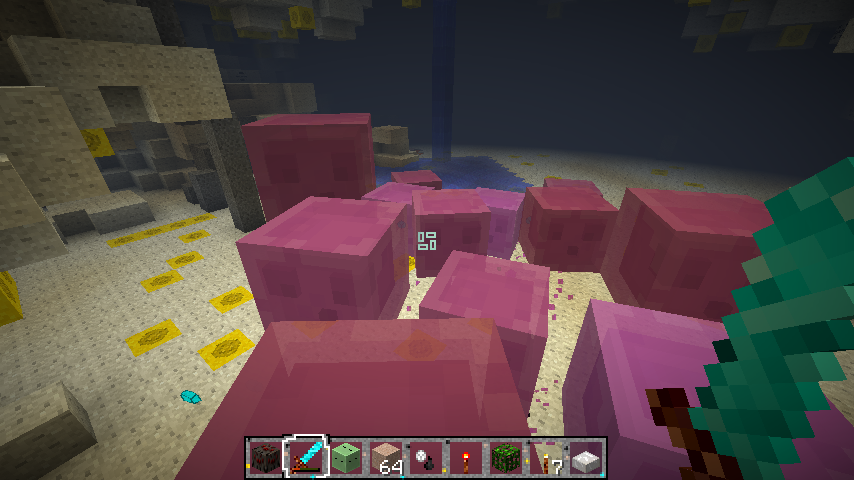 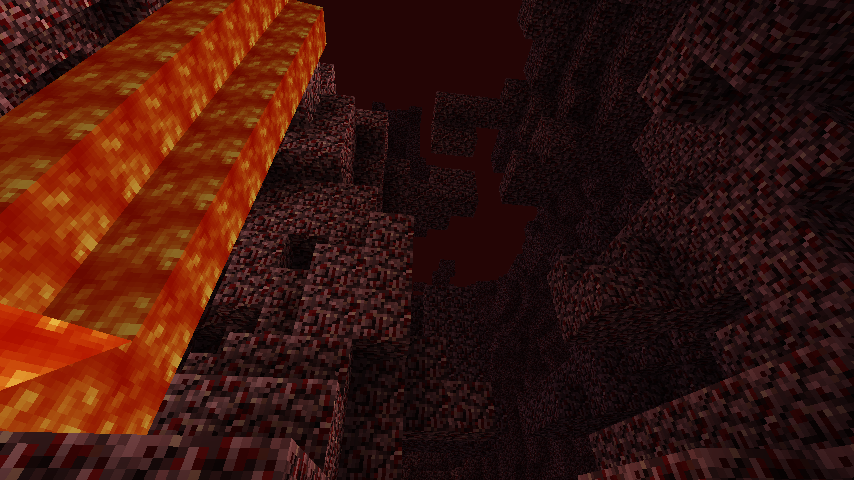 A default dungeon (In the download version dungeons will be at layers 18-60, this was just for testing) 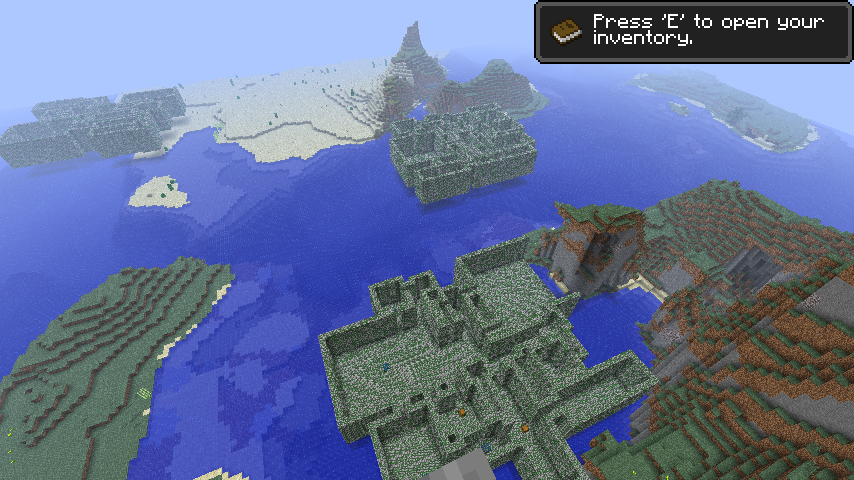 A big one (size configurable in properties, look top) 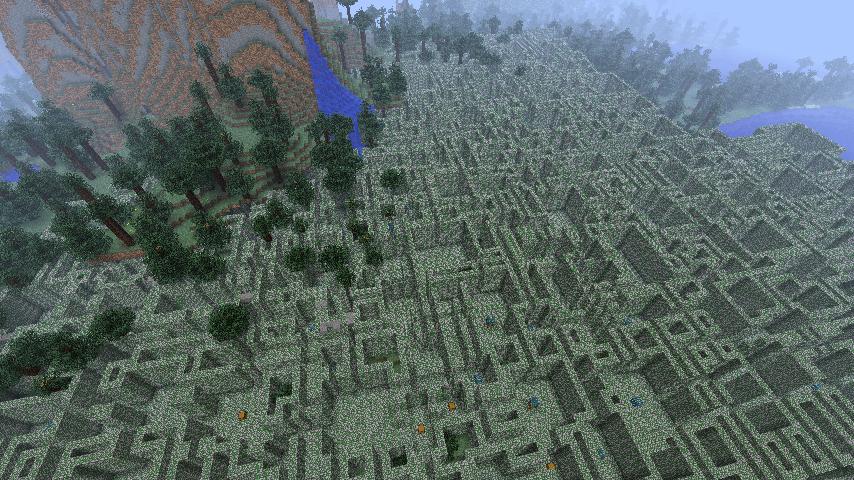 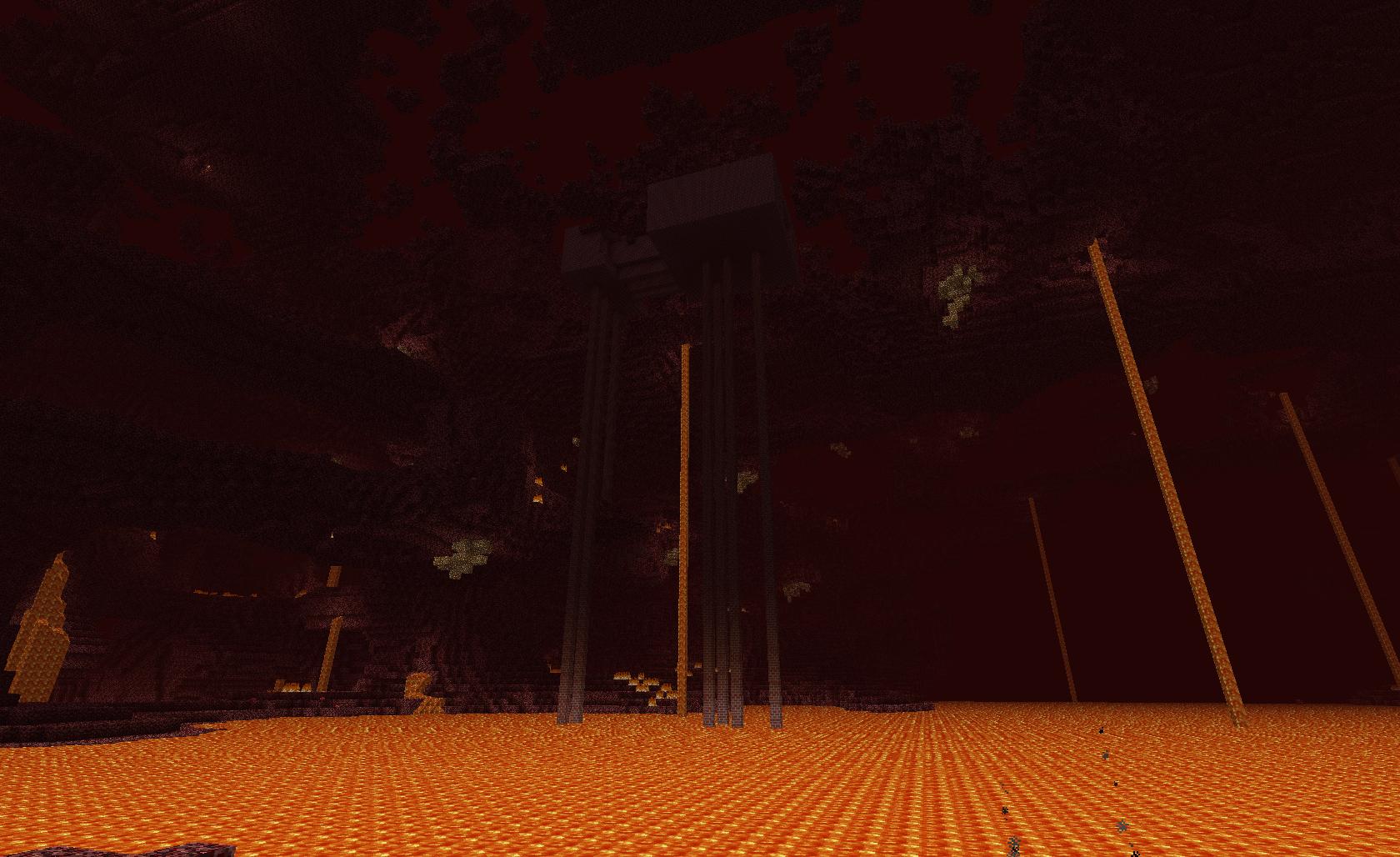 Human-like mobs: “Human” mobs, they look human like, type depending in biome. There are 3 classes:

Depending on the biome, dungeons will be filled with these mobs, and sometimes weak armored mobs(leather,chain, or iron armor) will patrol their biome.

Plains: Skeletons:with a discomposed corpe those warriors are the weakest warriors of the dark forces of minecraftia, their special unit is a necromancer.(base armor index 1)

Taiga: Zombies: corpses in descomposition state, they follow their liche master orders, and are looking for brains! their special unit is a liche.(base armor index 2)

Goblins: These creatures life in swamp caves, be care if you find one, they don’t use to go alone.

Dwarves: This little steves will attack you in a big group, and if you find their dungeon at the core of the volcano you may find some golems, and of course a lot of valuable stuff, but, at what price?

Ice plains: The others: not many its known about them, don’t get close if you are not able to siege a skeletons castle.

Ice bull: lifes in caves on cold biomes, some investigations says that those cave are not naturally generated, probablly if you find that bull you may ask him what happened there or just run away.

PigZombies: renegades, ex-humans, or ex-pigs, or ex-zombies, where they come from? Ancient stories tell that they are zombies that renegated to its master, and now pig curse its eating them, their special unit is a pigman mage. (base armor index 6)

Other mobs and bosses:

Pyramid boss: a boss inside pyramids, throws fireballs, and its inmune to direct player damage.

Spider boss: you can find them in swamp caves.

Necromancer: its the special of the skeletons, live in castles, its protected by an horde of skeletons. Have 3 diferent attacks: normal attack its a basic mele attack, cause confusion; Vampiric ball, a proyectile, heal the caster if the ball collides with any entity; Summon skeleton, summon a skeleton near him, the damage the skeleton does its returned to the necromancer as health.

Liche: a semi-death necromancer who gave his life to dark rituals, there creatures are dangerous, have more powerful versions of the necromancer attacks, and extra spells.

King pirate: the king of the pirates, open your eyes fighting him, he will trick with your vision.
Other:

The Exterminator prototype: its one of the biggest secrets of dwarves, you can find it at the end of their dungeons. But it is a prototype, may not work very well.

Subdits: the scout of the pyramid boss, the respawn delay depends on dificulty.

Bees: spawn in swamps under layer 60.

Summoned skeleton: summoned by a necromancer, weak attack , weak health, but will heal his master doing damage to his enemies.

Horses: An use for all those saddles you get in dungeons.
There are some different horses, each one has his habilities(health, speed…) depending on their color, try to find your best mount.
If you are sneaking and the horse its at his max speed he will start sprinting(time depends on the race)
If you have a saddle you can also tame them, once tamed they will stay in the same position, wont despawn and can be ridden right clicking on it.
Saddled horses can change their state(waiting, free movement) by interacting with them while sneaking.
You can bread them like other vanilla minecraft animals.

Pollos: pollos look like ostrich with different colors, they act like horses except in the movement, they can’t sprint, and aren’t that fast, but they jump highter, and they can plane. Like horses they have special features depending on the color(speed, planing distance…)

Dogs: An alternative to wolves, they act the same way, except that you can breed them(use wheat), you can’t attack them, and they have a chance of become the target of the attacked monster instead of allways.

Configs: Dungeons maxium size, rooms size, number of rooms, rarity, chest items look at description for more info about parameters, delete if you are updating from 0.1 to 0.2. Config file is in your minecraft folder, betterDungeons.conf