Ars Magica is a mod about casting powerful spells, fighting bosses, and having fun with magic!  It features a unique spell creation system where you can create any spell you can imagine!

Getting started in AM2 is quite simple to do.  First, you need to find a pool of liquid essence: 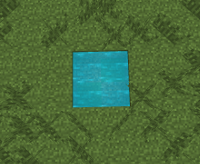 Place an item frame within a few blocks of the pool, and put a book into the item frame, and watch the show.This will give you the Arcane Compendium, which has everything you need to continue using the mod, from guides, to structures, to items, to bosses. 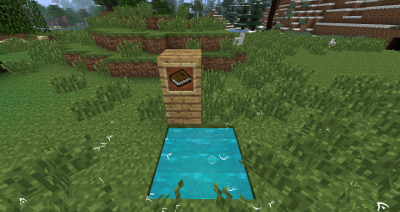 Spells are definitely the core of this mod. There is an advanced yet intuitive method of obtaining spells, but first you will need to know the recipe of the spell.

Spell Recipes are composed of runes. Blank runes are created by a specific pattern of cobblestone, and then given color with a dye.

By using an Inscription Table, you can combine a specific combination of runes and a spell scroll to get your spell.

Once you have your spell, you can cast it by using the item as long as you have mana.

With 70 spells, your inventory would get really cluttered, really fast. Not to worry! You can create Spell Books to hold your spells! Holding LSHIFT and right clicking with a spell book will open its inventory. You can place both spell scrolls and spell recipes in the book. The left page is for “active” spells, which can be cycled through using Z or X on your keyboard, and the right page is a reserve for additional spells. They cannot be cycled through; it is just for storage.

Spell books can be dyed other colors using standard dyes.

The rest are for you to discover. I’ll likely put what the spells are on the wiki, as well as what they do, but I won’t post the recipes. That’s half the fun.

Throughout the world, while using Ars Magica, you will encounter Mage Towers on the surface, and Mage Archives underground. While they can be dangerous, the rewards are extremely useful! In the chests that can be found in the towers, you will find spell recipes, and magic essences. Essences will be discussed later.

Spell recipes tell you how to make the spell. The spell scroll itself will tell you a little bit about what it does, and the mana cost for said spell.

Levelling Up Your Magic

To raise your magic level, you will need to make an Arcane Empowerment Table:

The UI you will see is:

The ball in the middle will sparkle when you have enough levels. Click it to level up. Mana gain is an exponential curve, so your mana will raise slowly at first, and more quickly at high levels. Expect to have over 20,000 mana at the later levels. And yes, there are spells that take that much.

Mana will regenerate over time, slowly at first, and then more quickly as you gain levels. You can create mana potions to get a quick boost of mana. Shown below is a lesser mana potion. You can make more powerful ones at a brewing stand.

There are three casting modes in Ars Magica: Diminished, Normal and Augmented.

Diminished is a weak version of a spell with a lower mana cost.
Normal is the standard version of a spell.
Augmented is a greatly increased version of the spell. The mana cost is several times higher, and some that even require a reagent in your inventory that will be consumed when the spell is cast! The rewards are definitely worth it though.

Reagents are essences. Remember I talked about them before? You can find them in towers. They can also be created using the Essence Refiner.

Reagent crafting is a late game part of Ars Magica, and I will go into this more on the Wiki (soon to be created).

At the beginning of the game, you can only use Diminished and Normal casting modes. You need to find the Archmage tower, which spawns in a random location in your game world, up to 10,000 blocks in any direction from spawn, in order to unlock Augmented Casting. If you can make it to the top, there you will see the archmage podium. Activate it to learn the secrets of higher magic.

…try charming a wisp and see what happens. I wouldn’t attack them though. They will mess you up.

The archmage tower is also guarded by a new mob called the Tower Guardian. Think of them as a boss mob. They have a crazy amount of health and are near impervious to physical damage. They shoot magic bolts at you, and can break down walls to get at you if you try to cheap shot them. Personally I recommend being magic level 15 at least before embarking on this quest. Or bring some friends.

Ars Magica features four new sets of armor – Novice, Journeyman, Master, and Archmage. The armor takes five times the damage from attacks as durability damage, but has a unique way to repair itself. While equipped, it will drain mana from you (slowly at Novice, getting faster and faster as it goes higher to Archmage). That mana will directly repair the armor. Wearing a full suit of the armor will grant you a 25% reduction in infusion costs.

The armor does other things for you as well, save for Novice armor. All these abilities get more powerful as the armor quality improves up to Archmage. Each effect will damage the armor a bit when cast. The abilities are on a cooldown, so they can’t be directly chained.

Ars Magica armor also has the unique capability to reduce magical damage. Standard armors will not.

I’m only going to touch on Ars Magica power – it really needs a wiki to explain it properly.

Ars Magica power centralizes around the nexus. Once you build a nexus, you can throw items into it with ‘q’. They will be sucked up and destroyed, being converted into raw essence. Different items contain more essence based on their rarity.

The nexus can store one million power. It powers all Ars Magica blocks in a 10 block radius of itself. No line of sight is required. This range can be extended using essence conduits. They each provide a 10 block radius as well, but must have a path back to the nexus. This means that by overlapping these radii, you can follow them back to the nexus. Each block will request power once per second.

The “Sense Energy” spell can be used to check the essence level of an Ars Magica block, as well as the deficit.

Power must be carefully used in Ars Magica – if you pump more power through a Conduit than it can handle, it will begin to build up deficit . If it’s deficit reaches 1000, it will explode. You can see how it is doing, as the crystal in the middle will rotate faster, shift to red, and eventually start to smoke. You can “power down” a conduit by applying a redstone current to allow its deficit to drain (which will happen naturally).

Deficit accumulation and loss can be altered by the use of foci.

Foci change how Ars Magica blocks use power. Charge foci, for example, increase the rate that a block will charge. They decrease the deficit gain on a conduit.

Mana foci increase deficit loss on a conduit. They decrease the essence cost of other block operations, such as the caster block (casts spells when powered by redstone).